Anhydrous lithium hydroxide is an inorganic compound with the formula LiOH. It is a white hygroscopic crystalline material. It is soluble in water and slightly soluble in ethanol, and is available commercially in anhydrous form and as the monohydrate (LiOH.H2O), both of which are strong bases. It is the weakest base among the alkali metal hydroxides. 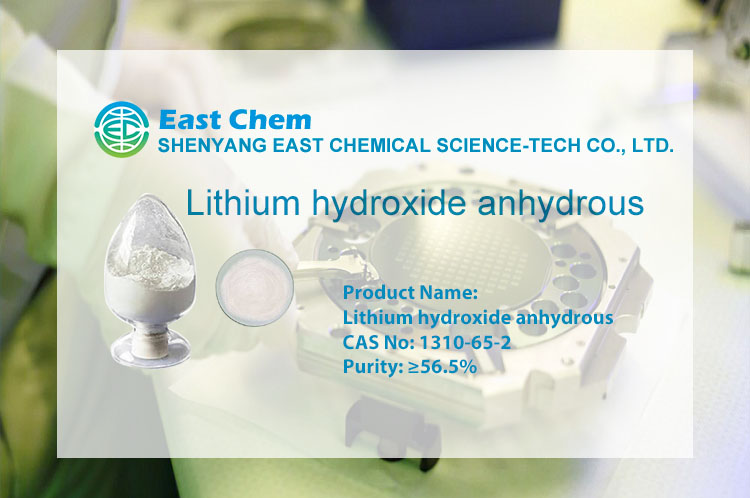 Lithium hydroxide is used as an electrolyte in certain alkaline storage batteries; and in the production of lithium soaps. Other uses of this compound include its catalytic applications in esterification reactions in the production of alkyd resins; in photographic developer solutions; and as a starting material to prepare other lithium salts.

Lithium hydroxide is used to make lithium greases. They are resistant to water and can be used in high or low temperatures.

It is used to transfer heat. It can be used in electrolytes. It is also used to prevent corrosion in some nuclear reactors. It can be used to glaze ceramics and make cement.