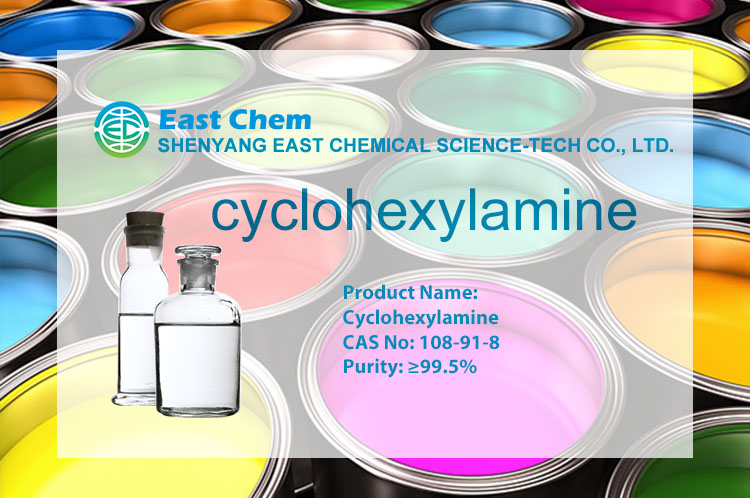 Cyclohexylamine is an organic compound, belonging to the aliphatic amine class. It is a colorless liquid, although, like many amines, samples are often colored due to contaminants. It has a fishy odor and is miscible with water. Like other amines, it is a weak base, compared to strong bases such as NaOH, but it is a stronger base than its aromatic analog, aniline.

It is a useful intermediate in the production of many other organic compounds. It is a metabolite of cyclamate.

---antioxidants in rubber and plastics

Product Tag Cyclohexylamine CHA cyclohexylamine cas cyclohexane amine cas no 108-91-8
Please feel free to give your inquiry in the form below. We will reply you in 24 hours.
Products