THF (Tetrahydrofuran) is a stable compound with relatively low boiling point and excellent solvency. It is widely-used for dissolution and reaction of various substances. 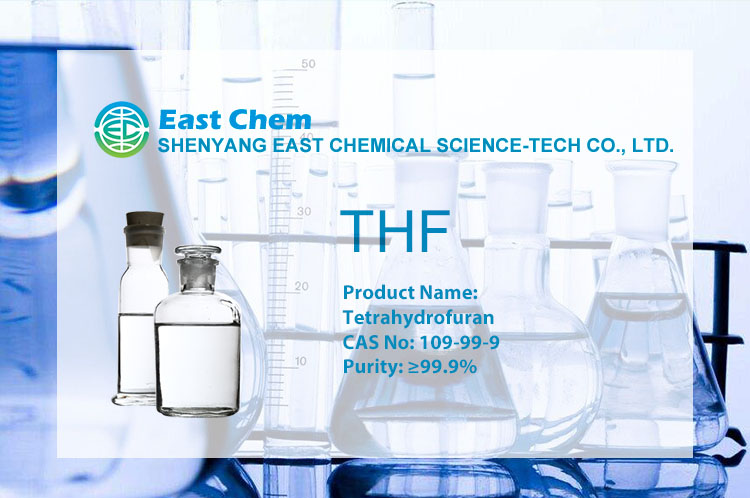 It is a colourless low-viscosity liquid with a smell similar to diethyl ether and is one of the most polar ethers.

1.Used in synthesis of PTMEG.

2.Used in the manufacture of pharmaceutical and pesticide intermediates

---Due to the strong solubility of vinyl chloride, even at a high degree of polymerization, THF is used as a solvent for synthetic leather coatings.

---Taking advantage of excellent solubility and diffusion properties, THF is used as a solvent for vinyl and epoxy adhesives.

---THF is used for vinyl chloride heat-shrinkable film and for desiccant.

---THF is suitable for printing inks, because slightly soluble inorganic compounds can be dissolved and evaporation is quick.

---THF is widely used as a solvent for  special resins such as photosensitive resins, because even at room temperature it can dissolve various resins, and it is miscible with water and most organic solvents.