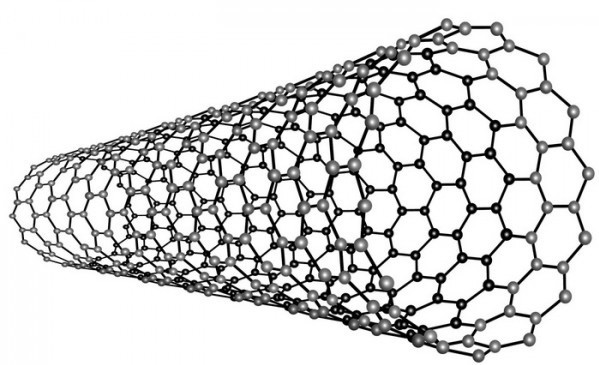 Recently, the Institute of Metal Research of the Chinese Academy of Sciences and the Shanghai University of Science and Technology Institute of Material Research have adopted a floating catalyst chemical vapor deposition method to prepare SWCNT transparent conductive films with a "carbon-welded" structure and a single dispersion. By controlling the nucleation concentration of the SWCNTs, about 85% of the carbon nanotubes in the obtained thin film exist in the form of a single root, and the rest are mainly bundles of small tubes composed of 2 to 3 SWCNTs. Furthermore, by controlling the concentration of the carbon source in the reaction zone, a "carbon weld" structure is formed at the intersection of SWCNT networks.

Studies have shown that this carbon bonded structure can turn Schottky contacts between metallic-semiconductor SWCNTs into near-ohmic contacts, thereby significantly reducing the inter-tube contact resistance. Due to the above unique structural features, the resulting SWCNT film has a sheet resistance of only 41 Ω/□ at 90% light transmittance; after nitric acid doping, the sheet resistance further decreases to 25 Ω/□, which is higher than the reported carbon nanotubes. The performance of the transparent conductive film is improved by more than 2 times and is superior to that of the ITO on the flexible substrate. The flexible organic light-emitting diode (OLED) prototype device constructed using this high-performance SWCNT transparent conductive film has a current efficiency up to 7.5 times that of the highest reported value of the SWCNT OLED device, and has excellent flexibility and stability.

This study starts from the design and control of the SWCNT network structure, effectively solves the key problem that limits the improvement of its transparent conductive properties, and obtains SWCNT films with excellent flexibility and transparent conductive properties, which is expected to promote SWCNT in flexible electronic and optoelectronic devices. The actual application. The main findings were recently published in Science Advances.

Tags : NMPCNTSWCNT
Please feel free to give your inquiry in the form below. We will reply you in 24 hours.
News
Products