The role and use of tetrahydrofuran 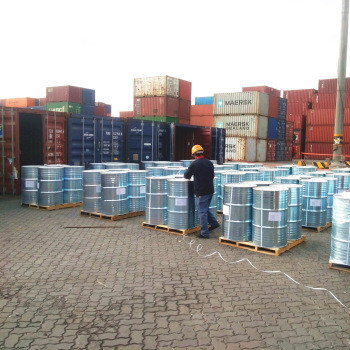 The role and use of tetrahydrofuran

Tetrahydrofuran is used as a solvent and raw material for organic synthesis.

Used as chromatographic reagents, organic solvents and nylon 66 intermediates. Tetrahydrofuran, also known as monooxane, oxolane and tetramethylene oxide, is an intermediate for the synthesis of fenbutatin, and it can also be used directly in the manufacture of synthetic fibers, synthetic resins, synthetic rubbers, and many other polymeric materials. , precision magnetic tape and electroplating industry solvents, also used in the production of adiponitrile, adipic acid, hexamethylene diamine, succinic acid, butanediol, γ-butyrolactone, etc., in the pharmaceutical industry, can be used to produce Kebi Qing, Progesterone, rifamycin, and pharmaceutical solvents.

Tetrahydrofuran is an important raw material for organic synthesis and it is an excellent solvent. It is especially suitable for dissolving PVC, polyvinylidene chloride and butylaniline. It is widely used as a solvent for surface coatings, anti-corrosion coatings, printing inks, tapes and film coatings. As a reaction solvent, it can be arbitrarily controlled for the thickness of aluminum layer and bright when used for electroplating aluminum liquid. Tetrahydrofuran itself can be polycondensed (by cationically initiated ring-opening repolymerization) into polytetramethylene ether glycol (PTMEG), also known as tetrahydrofuran homopolyether. PTMEG and toluene diisocyanate (TDI) made of special rubber with wear resistance, oil resistance, good low temperature performance, and high strength; and dimethyl terephthalate and 1,4-butanediol made into block polyether polyester elasticity material. The molecular weight of 2000 PTMEG and methylene bis (4-phenyl) diisocyanate (MDI) made of polyurethane elastic fiber (spandex, SPANDEX fiber), special rubber and some special-purpose coating materials. In organic synthesis, it is used to produce tetrahydrothiophene, 1.2-dichloroethane, 2.3-dichlorotetrahydrofuran, valerolactone, butyrolactone and pyrrolidone. In the pharmaceutical industry, THF is used to synthesize cough serum, rifamycin, progesterone and some hormone drugs. THF is treated with hydrogen sulfide to produce tetrahydrothiophenol, which can be used as an odor agent (identification additive) in fuel gas. THF can also be used as a surface treatment agent for synthetic leather.

Tags : thfTetrahydrofurancas no.109-99-9oxolanetetrahydro-furan
Please feel free to give your inquiry in the form below. We will reply you in 24 hours.
News
Products